BAMBINO – Riley Murro
Scored 2 heat wins and won the final . Great racing under pressure during parts of the weekend

IAME CADET – Lewis Islin
Mechanical failure in TQ meant he started heats from 33rd. Finished 11th and 10th in heats and 11th in pre final then charged to 3rd in the final

JUNIOR X30 – Josh Agambar
Top 10 pace in every session despite being 16th in points. Qualified 7th, top 5 in heat 1, 8th in pre final and 7th in final

KZ2 – Morgan Porter
Qualified 5th then DNF heat 1. Won heat 2 and charged from 10th to 2nd in final on a track where passing isn’t easy 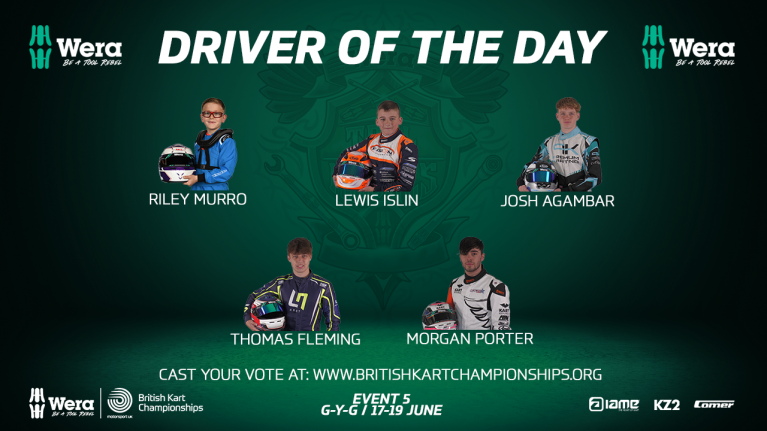 The competition closes at 7pm on Thursday 23rd June.