The Wera Tools Driver of the Day Award shortlist is now LIVE for Event 12, Whilton Mill.

MINI MAX – HARRY BARTLE
Clean sweep on Sunday and would have had a clean sweep on Saturday as well had he not been taken out on the final lap of the final.

JUNIOR ROTAX – SAM BAKER
Quietly went about his business and scored two top ten finishes in the finals which were his best results of the season.

SENIOR ROTAX – KAI HUNTER
Did everything he could to take the title and won both finals under intense pressure . Sundays final battle with Bradshaw was just epic. 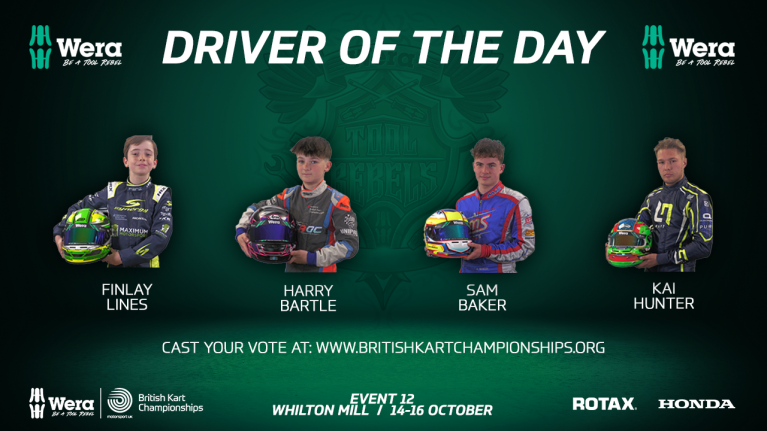