KZ2 contender Ryan Cannon has been named as the Wera Tools Driver of the Day from last weekend’s Rowrah meeting in Cumbria (7-8 August). 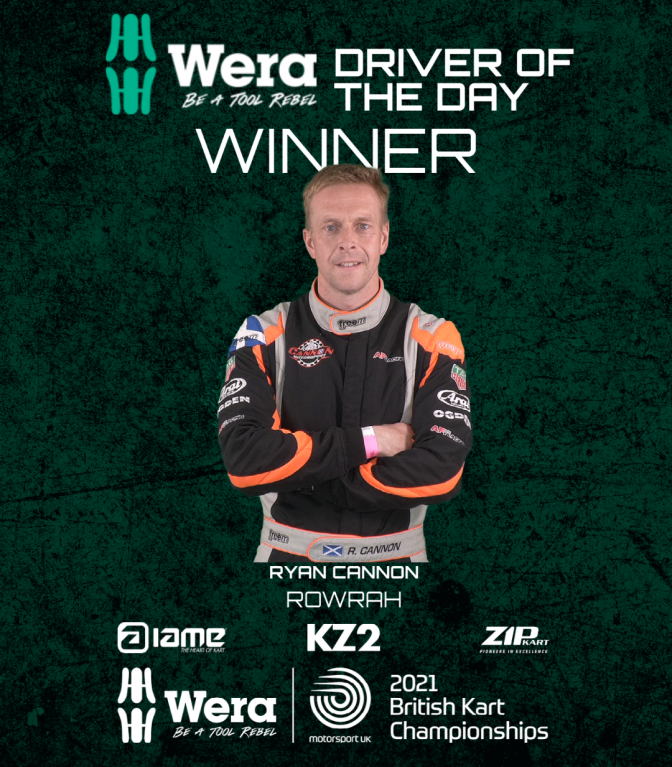 Cannon was nominated by the panel of judges along with a shortlist of five other drivers thanks to their on-track performance, sporting act or overcoming adversity. Each driver was in line to scoop a special Wera Tools Trophy and a comprehensive Wera Tools kart toolkit worth £2,500, whilst Motorsport UK will supplement the prize with a free test day at a BKC venue of their choice in 2021 or 2022.

Cannon won both heats and pre final, coming a close second in the final despite his bumper working loose. His efforts also saw him take the hotly contested championship lead with one round remaining.

“I`m delighted to have been nominated for the award and over the moon to have won it after a very wet Rowrah” said Cannon.

“Thanks to everyone that voted it means so much. Thanks to Craig McNab my mechanic, Sue and Andy Fairless, my team and the support from all my family”.

The award continues to be up for grabs throughout the season and the next round sees the Rotax and TKM contenders series head to Whilton Mill at the end of August.