The Motorsport UK Wera Tools British Kart Championships continued its blistering start to 2021 as contenders in the IAME, KZ2 and TKM classes enjoyed their opening race meeting of the season at a sunny Shenington Kart Circuit last weekend (28-30 May).

The popular Oxfordshire track would enjoy favourable weather conditions throughout the two-day event as over 200 drivers took to the track to start their title challenge in the variety of classes offered at Britain’s premier karting series.

The technical but flowing circuit offered two layouts, giving contenders in the gearbox categories a longer straight to put their machinery to the ultimate test. Seven all-action classes produced closely fought racing throughout the heats and finals with grids of up to 34 of Britain’s top-flight karters offering up yet more fantastic on-track action and tense tactical battles..

Famous names such as Nigel Mansell, David Coulthard and Jenson Button have raced at Shenington in the past, offering a great link for aspiring karters who are eager to follow in the footsteps of some legendary racing drivers.

As the series opener for the visiting categories, the three-day meeting offered competitors plenty of track time to help kick start their BKC season assault, refine setups and hone their race craft ready for Saturday’s Qualifying and Heats.

Sunday’s intense Finals produced strong drives across the classes with the leaders rarely able to break away from the chasing pack. Fans were able to witness many last-lap lunges and leader changes across the series’ comprehensive live coverage, beamed across the world thanks to the British Kart Championship’s Facebook Live and Motorsport.TV broadcast packages.

Fusion Motorsport’s Jorge Edgar season got off to the perfect start. Taking pole in qualifying, he was never outside of the top two all weekend long with a win in Sundays final the culmination of an impressive performance during the meeting. Daniel Sofronea (Oliver Rowland Motorsport) took second place after gaining an incredible 10 positions in the final, with Henry Domain (Oliver Rowland Motorsport) taking the final podium position after a string of strong drives all weekend in his British Kart Championships debut. 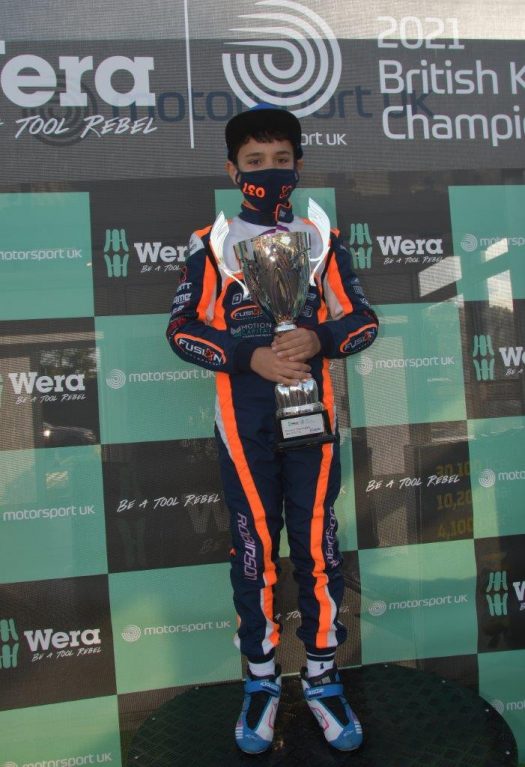 The pressure never got Fusion Motorsport’s Leo Robinson as he led every lap of the final to secure victory and sealing his marker as a genuine title contender for 2021. Wesley Swain (Fusion Motorsport) and Jack Hobson (MLC Motorsport) rounded off the podium places after strong performances across the weekend. 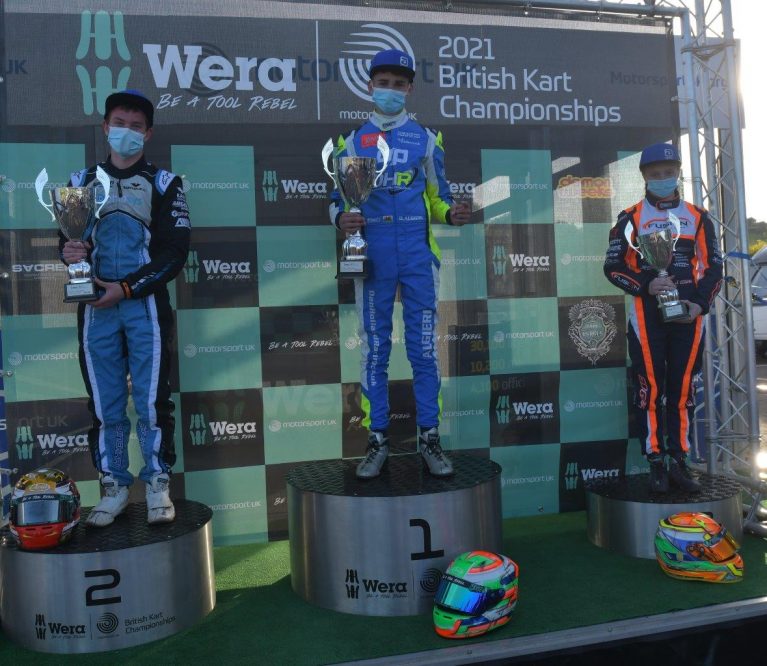 A whopping 54 entrants headed to ‘Sheny’ in the Junior X30 class and it was Dan Holland Racing’s Olivier Algieri who took the top-step honours in a photo-finish final where the top five were covered by less than a second over the line. Argenti Motorsport’s Daniel Guinchard and Fusion Motorsport’s Jessica Edgar completed the podium in a race that could have been won by any one of the top ten drivers.

Strawberry Racing’s Alessandro Ceronetti took the win in a busy final race for the Senior X30 classes as multiple lead changes produced an unpredictable points counter. Clayton Ravenscroft finished second, rounding off a consistently strong weekend for the KR-Sport driver and Fusion Motorsport’s Lewis Mackie took the final step on the podium; the top three being covered by under half a second over the line in yet another close-fought final.

The TKM categories are renowned for their nose to tail racing and the classes did not disappoint at the rapid Shenington circuit.  Privateer Alistair Cresswell enjoyed a strong showing in a sometimes pressured final to take the hotly anticipated Junior TKM victory. Alfie Garford (Privateer) and TWM’s James Morley followed almost side-by-side over the line in second and third respectively, with all three contenders covered by just two-tenths of a second.

Privateer James Pashley took the TKM Extreme win in a close fought final which was bumper to bumper throughout the counter. Precision Racing’s Lewis Wadley produced an impressive comeback drive throughout the heats, fighting back from a lowly qualifying position in 20th on Saturday to take second place; just half a second back from Pashley. Litchfield Motorsport’s Joseph Reeves-Smith finished third to enjoy a strong season start from the number three seed. 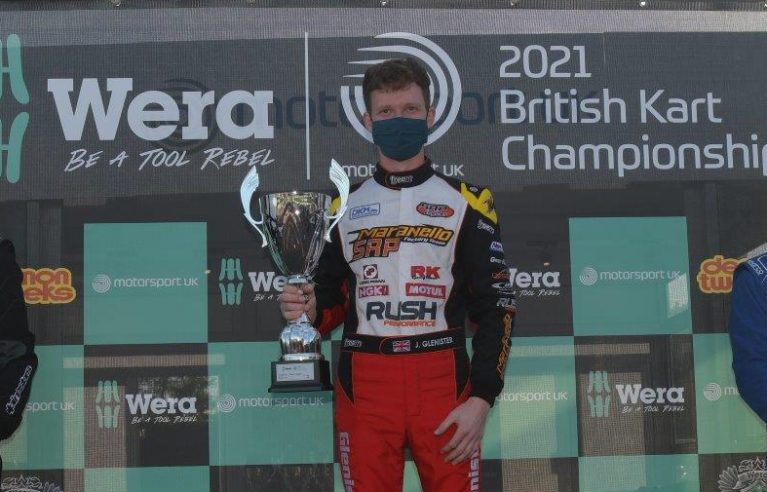 The number four plate of James Glenister (Rush Performance) took top honours in the KZ2 class. The impressive gearbox karts were able to get stuck into the longer Shenington layout and the category kicked off its season in style. Reigning champion Joe Charlton endured a weekend of highs and lows as the returnee suffered an engine seizure in the pre-final. After rebuilding the unit, Charlton returned a stunning drive, rising 13 places to finish on the second step of the podium. Lee Ward (Privateer) made the trip to Shenington from Ireland and made the journey a worthwhile one, taking third place in the final to kick-start his KZ2 campaign on the right foot.

Motorsport UK Karting Manager Dan Parker said “The IAME, KZ2 and TKM classes always provide superb racing and bumper grid and the opening meeting of the season for these classes certainly did not disappoint. The Wera Tools British Kart Championships fielded an impressive entry once again this weekend and its great to have the support of each of the categories as we continue to go from strength to strength. Shenington Kart Circuit were superb hosts and our thanks must go to all the marshals and volunteers for their efforts across all three days”.

The season continues in Cambridgeshire on the 12th-13th June for the IAME and TKM classes as the Wera Tools British Kart Championships head to Kimbolton, whilst Mansell Raceway in Devon hosts the next KZ2 counter later in the month.

Keep tabs on the latest Wera Tools British Kart Championships news and updates by following us on social media: Facebook, Instagram and Twitter and using the hashtag #BKC.